What if your career could change your life?

Hear from our Current Nurses and Previous Nursing Students on how their Nursing Career at Mayo Clinic has been life changing! Learn about their Career Path, the variety of opportunities they've encountered, and what makes them say this was a great day.

A witness to a truly collaborative team delivering the best outcomes for our patients! 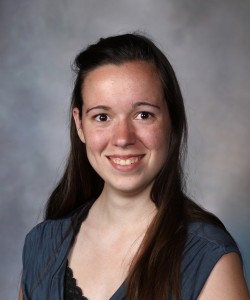 It was a quiet morning on Fr4C. My clinical coach and I had been very productive all morning. We were all caught up on orders, assessments, charting, and medications. We had just sat down to look up some notes on our patients, and my coach had brought along an EKG book for me to browse because I had some questions about bundle branch blocks. 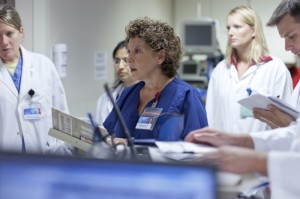 As we were sitting at the nurse’s station, we noticed that the O2 levels on one of our patients had dropped a bit. My coach went into the room to make sure the monitor was on correctly. After a minute, I went in to make sure everything was okay. The patient’s oxygen levels were still dropping, and he wasn’t responding to us. We put oxygen on, got a blood pressure, tried to wake him up, and kept watching the monitor. As we were watching, his heart rate and O2 levels kept dropping rapidly. We called the doctors and then the Rapid Response Team. Nurses from our floor had noticed and had come in to help us out. Within one minute of calling the RRT, we had to call a Code because there was no pulse.

What happened next will stick in my mind forever. Almost instantly, there were 20 people in the room. They each took a job and performed it expertly. Within seconds, they had started CPR, attached the AED, were administering breaths, had begun to intubate the patient, and were giving medications. Everyone was calm and collected. They were working as a single unit, as a team, to try and save this patient.

Going back to the room, I was able to watch the amazing teamwork and precision that the health care team had. In the end, they were able to re-establish the patient’s pulse. I was the one who was able to go tell the wife that her husband was still alive and was moving to the ICU. I don’t know a lot of what happened to him after that day, but the memory of that experience will be burned into my memory.

It was the single most terrifying moment of my life, and yet it was one of the most powerful. The nurses from my floor who ran into the room saved a patient’s life that day. I was able to be with a family member during a very terrifying and vulnerable moment.  The respect and admiration that I had for the nursing profession grew exponentially after that day. I had a glimpse of what nursing really is -- a collaboration of people with expert training who truly care about patients working together to improve lives.